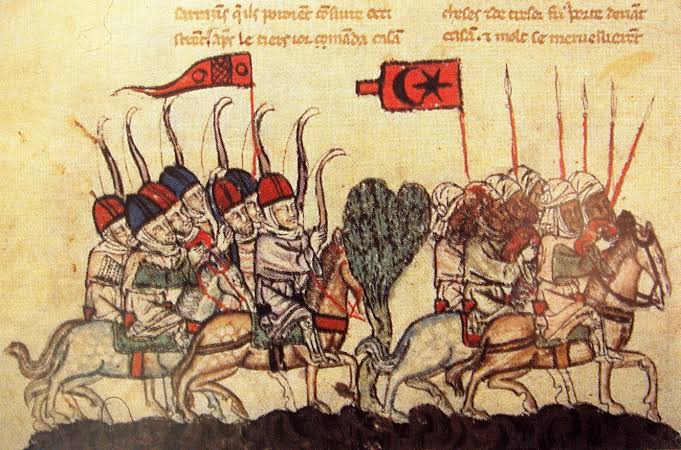 The star and crescent which adorn Pakistan’s National flag are largely considered to be the most prominent symbol’s of the country. However few know that the symbol has very ancient roots and even fewer know that these roots aren’t from our neighborhood rather their origin takes us far west towards Ancient Greece and Byzantium.

Of the ancient roots of the Pakistan’s ‘Crescent and Star’.

The Crescent symbol has a history of usage spanning 4 millennia with the oldest adoption being by the ancient Sumerians in Mesopotamia. It’s usage by the Sumerians is usually viewed in regard to its linkage to certain deities like Ishtar and Sin, a deity linked to the moon.

However, the story of the Pakistani ‘Star and Crescent’ doesn’t take us to Mesopotamia, rather much northwest to it towards an ancient Greek city. This city was known in the classical antiquity age as the great city of Byzantion much before we got to know the city through her current name: Istanbul.

All accounts of the symbol come from legends with various ones arriving at various times. One such legend goes that in 339 BCE, the Greek city was besieged, and a terrible surprise night attack commenced which was effectively repulsed by its inhabitants. The inhabitants of the city then decided to honor their patron deity which was the goddess Artemis. This honor came though the adoption of one of her symbols: a vertical facing crescent moon. It is said when the Roman Emperor Constantine took over, he added the star of Mary to the crescent and so came about the symbol in its modern form.

Many other legends also exist. Some say it came by through the symbol of the Roman goddess Diana. Others say it was a celestial light which had appeared in the skies when Philip of Macedon tried taking over the city. Some claim it was from a Venus conjunction and so on. It is, however, known that the symbol was greatly used by the Byzantine Empire and was heavily employed in coinage as well as later becoming an armorial badge.

The Ottomans greatly adopted all these badges and other symbols after the fall of Constantinople since Mehmed II considered himself a successor to the rulers of Byzantine. Many legends are linked to its ottoman adoption too. Some legends claim that it wasn’t adopted rather the crescent appeared in the dream of Osman. However, most historians don’t see weight in these claims. What we do know is that the Ottomans did make a slight alteration to the symbol. Whereas the Byzantine Star and Crescent was vertical with the star above the crescent, the ottoman version was horizontal, with the star nearly between the two ends of the crescent. Such became the ottoman crescent.

With time as the Ottoman Empire and it’s Islamic fervor grew, the ottoman crescent too , though also evolving, was perceived somewhat as the symbol of Islam and largely employed both by the ottomans and their subjects in their flags. Appearing still in the flags of various North African Muslim states which were once linked to the Ottomans.

The question which now arises is how exactly did this symbol end up on the flag of a South Asian country? The answer of this is hidden in 1906 and the formation of the All India Muslim League in the British Indian colony.

With the formation of the All India Muslim league in Dhaka in 1906, there arose the need of a party flag. This flag came in the shape of a dark green background with a white crescent and star, slightly different in orientation to the ottomans yet ultimately similar. There appears no source which speaks of it being directly linked to the ottomans rather perceived as a symbol of Islam however AIML being a party Pan-Islamic in nature both within South Asia and being extremely active in aiding the Turks during the second Balkan war and the Turkish war of Independence, it appears to not be a mistake to believe that the symbol was ultimately inspired from the ottomans.

We do get one short yet clear reference to it’s possible linkage to the ottomans. During the adoption of the Muslim League flag for Pakistan, Mirza Muzaffar Beg did speak to Quaid e Azam, remarking that “Star and crescent are the emblems of the Turks” and the flag should rather have the Takbeer. His suggestion, of course, never saw material reality.

At the time of independence, a large debate of the future flag was raised. Many options were given, the British wanted a Union Jack on the flag, some proposed Swastikas on it, others wanted multiple colors and certain Islamic chants and such. In the end the old Muslim League flag was adopted with a white strip to signify the minorities. And that is how a symbol from the Greek city of Byzantion found itself on the flag of a nation in South Asia.