The Descendants of Hercules in Punjab

There has been through the millennia a large amount of interactions between the Ancient Greek world and the Indus Basin in modern Pakistan. One of the most interesting occurred roughly 2300 years ago during the March of Alexander the Great and his Macedonian army through the Indus basin when the Macedonians came across a tribe in Punjab which they believed were the descendants of Hercules himself.

Of Alexander and the Sibian Tribe.

Alexander’s tumultuous invasion of the Indus basin, a region which today forms a the greater portion of modern Pakistan, began in 337 BCE when the Macedonian army descended with all their might on the regions east of the Hindu Kush.

Historians debate of 2 main reasons for this: first could be the fall of the Achaemenid empire which meant multiple kingdoms and tribal confederacies had risen which needed to be incorporated by Alexander’s growing empire. Others believe it was retribution for the forces that chieftains and vassals from the Indus basin had sent to join the Achaemenid armies at the battle of Gaugamela against Alexander in what is now Iraqi Kurdistan.

Either way, the Macedonians decided to invade the region which they knew as Indos. Indos came from the word Hindush which came from Sindhu, the name of the Indus River which is still alive in the name of Sindh in Pakistan. Indeed Sindhu gave its name to our eastern neighbour India too (Ind=Indus, ia= land of), but that is a story for another time.

Alexander’s campaigns against the Assapisoi and Assakenoi in around Dir or Chitral and around Swat, Raja Abisares in Hazara, and Raja Porus in Jhelum finally brought him down to Southern Punjab where he encountered a tribe known as the Sibi or Sibians. The damage to Alexander’s fleet forced him back on land, where whilst repairs were behind made, he decided to subdue some isolated tribes lest they join the Malians of Multan who would later give Alexander a bloody nose (or rather an arrow to the chest). That’s how near the confluence of the Chenab and Ravi rivers he arrived at the country of the Sibi.

Greek Historians wrote that this tribe alleged that their forefather was none other than the legendary Greek Hercules himself who were left here by him when Hercules was invading the region of Hazara in modern Pakistan (this we will discuss later). The Greek historians write that they lived in a very fine city from where the king and the nobles as well as the citizens came out to meet him. They wrote that the interactions between these supposed ‘Punjabi descendants of Hercules’ and Alexander were so cordial that they “renewed their kinship” and assured all forms of help as they were all “relatives”.

They wrote that this tribe also had Herculean characteristics as they dressed in the skins of wild beasts much like Hercules, wore hide of an animal like the hide of Nemean lion, and also carried clubs just like him. After the merrymaking, Alexander proclaimed their cities as free and marched on to the next tribe.

Now there are 2 prominent theories of the origins of these Herculean Punjabis, 1 is of Aryan origin and the other is Greek innovation.

Certain historians identify the Sibians as the Sibi or Siva aryan tribe who were amongst the earliest to enter Punjab. The Rigveda mentions them alongside the Anu, Druhyu and other tribes. The Vishnu Purana speaks of the Madra tribes of Punjab being their descendants. According to Professor A.H. Dani, The capital of the Southern Madra tribes in Punjab would be Called Mandrahukur, a city that we now popularly know as Lahore. The Sivis also find a mention in the Buddhist Jataka stories where their capital is in Gandhara, in the area of Shahbaz Garhi in Mardan which is now known to the world for containing rock edicts of Ashoka.

Now we come towards the other theory.

One of Alexander’s toughest tasks in modern Pakistan was conquering the Rock of Aornos, identified by some as the Pir Sar mountain of Hazara. Conquering it was so tough that a peculiar myth found its way in the camps Macedonian army, a myth about Hercules. The myth was such that Hercules himself had in the days of yore tried and failed to conquer it. Alexander finally prevailed by the help of some local deserters and took over the area, which led him to believe that he was emulating his divine ancestor. That is why seeing the hide skin wearing, club wielding Sibi reminded them of the myth of Hercules and Hazara.

However Hercules isn’t the only character of Greek mythology to be linked to modern Pakistan. According to a number of sources, Mount Meros where the Greek deity Dionysus was born according to certain traditions was located in what is now north western Pakistan. Alexander had also met a nation in the Khyber Pukhtunkhwa province who claimed to be the descendants of Dionysus and similarly spent time with them and drank much wine. Apollonius of Tyana who visited 300 years later found a temple of Dionysus there too.

The opening of the Indus to the Hellenic world would lead to much cultural exchange and Greek deities would later make their way into local crafts, giving rise to Gandharan art. But that is a story for another time. 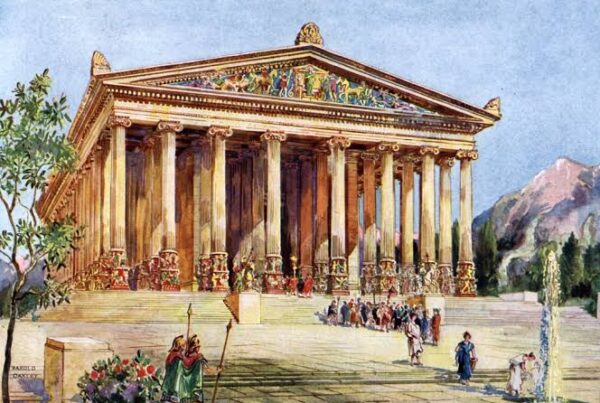 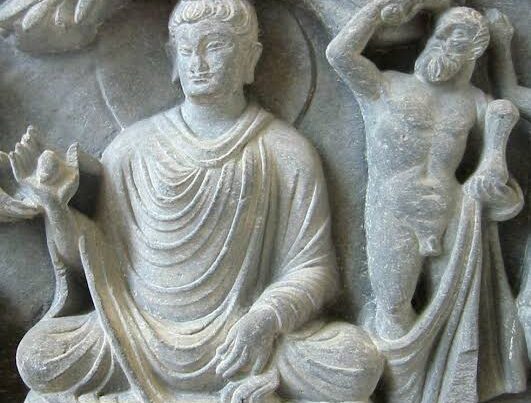