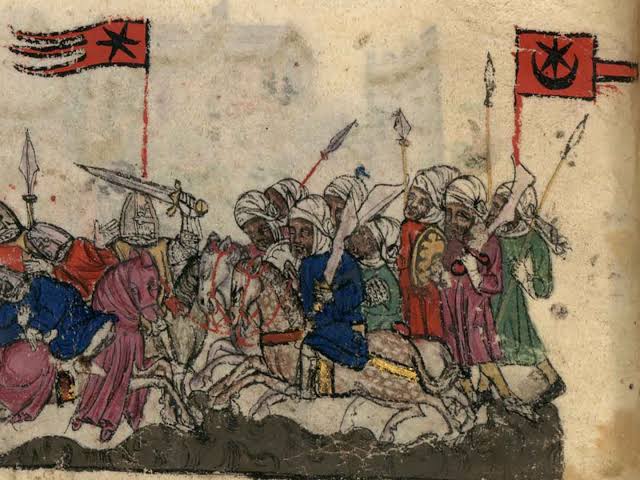 Though it is largely believed that modern Pakistan’s first contact with Islam happened in 711 CE with the conquest of Sind by the Umayyad Caliphate, Islam had touched modern Pakistan as early as the 640s CE during the caliphate of Umer (R.A.) and not so later through another incursion in the north.

Of the early contacts of the Indus region with Islam.

As noted by Yaqut Al-Hamawi’s book ‘Mujam Al Buldan’, the Caliph’s intentions of spreading Islam in South Asia had been made as early as 634 CE however the actual process of the first invasion upon the Indus region began in 641/‘42 CE when even after defeating the Sassanians at the battle of Navahand. Following the decisive battle, the Sassanid empire didn’t fully come under Muslim control as a whole and many previous provincial governors declared independence. Thus a large mobilization of Muslim troops took place with 5 armies under 5 generals for 5 different places; one of which was Makran.

Shortly after the fall of the city of Isfahan, Abdullah Bin Utban (one of the men involved in the subsequent battle) marched towards the region of Kirman in modern Iran which bordered Makran. The armies fought steadily with the locals of Kirman who were eventually routed and the city of Zaranj in modern Afghanistan was taken.

At this point, the Muslims made a treaty with the people of Kirman and the armies previously involved with fighting the people of Kirman then descended south to join with an already present auxiliary force strengthened near the border of Makran, preparing for the first thrust towards the Indus. In 643, the first formal Muslim armies entered into the Indus region to lock horns with the kingdom of Sind. The onslaught to come is known as the Battle of Rasil where a formidable Muslim army faced a gigantic force of Men and Elephants from Imperial Sind and Makran. The Sindhi forces and their defence is noted as ‘impregnable’ but as it is known, the early Muslim armies were also nearly indomitable. After a long battle the Muslim armies won and the defeated army was chased towards the Indus River which they managed to safely cross.

The difficulty of the battle and the gritty resistance offered by the people of what is today Pakistan was attested by the conversation which took place b/w the Caliph Umer and the messenger sent by the victorious general. The messenger described southern Pakistan as such:

“It’s plains are mountainous, water supply is scanty and dates are of inferior quality. The enemies are bold. The good (coming from the area) is little, but it’s evil if enormous. A large army appears to be small there and a small one will be lost. Beyond that region, worse awaits.”

So the victorious general who had sent for the messenger to acquire permission for further advance into the Indus region was denied by the Caliph Hazarat Umar R.A. from further advance in favour of consolidation of what the Muslim forces had won. Though no further expansion was witnessed, it was due to this campaign that Makran became the first area from modern Pakistan to join an Islamic caliphate.

Due to this campaign we also hear of certain companions of the prophet in modern Pakistan. Some of which I shall narrate as received:

However the people of this region were also not of the most tame kind. They revolted later on and refused to pray tribute until another large campaign was sent into southern Pakistan shortly after in the era of Usman R.A. This saga of revolts and quelling of revolts shall last for decades upon decades with multiple revolts noted even in the era of the Umayyad conquests. The consequence of such border raids and quelling of revolts was the acquisition of war prisoners and due to the treatment given to slaves in that era, many captured men from modern Pakistan would later go on to become excellent theologians in the golden era. Some would even tutor the likes of Tirmidhi.

Though Makran wasn’t the only area from modern Pakistan to come in contact with Islam in the 600s. We hear of the general Al-Muhallab who penetrated into the northern ends of Pakistan, specifically what is now the province of Khyber Pukhtunkhwa in in 664 CE.

The annals of history speak of 3 names recorded during the raid of Al-Muhallab; Al Kikan, Al Bannah and Al Ahwar. The first name is taken for the city of Kabul in Afghanistan. The second name is taken for the region of Bannu however it is uncertain just what is Al Ahwar. Some historians believe it to be Lahore, which means the Muslim army penetrated well into Punjab in the Takka Kingdom which existed over much of Punjab before the penetration of Islam.

However Al Ahwar could also be the town of Chotta Lahore or Lahur, a small settlement in Swabi district where in the ancient times men like Panini (considered the father of linguistics) and Marananta (who spread Buddhism in Korea) were born. Either way, Muhallab’s raid into the erstwhile Gandhara opened another door for Islam since we see certain Islamic preachers buried in the vicinity of the Waziristan region. There was another man, Muhammad bin Alafi. Him and his tribe deserted the Ummayyads in Makran and took refuge with Raja Dahir. He is credited to have created mosques and preached Islam in pre Islamic Indus Valley. He fought against Bin Qasim for Dahir but later deserted him and shifted north into the Takka kingdom. His descendants are believed to have settled somewhere b/w northern Punjab and Kashmir which is one of the reasons an early Islamic book signifying Qibla direction of area also included Kashmir. 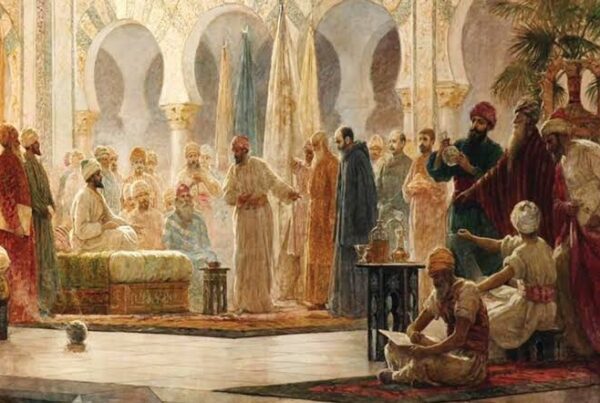 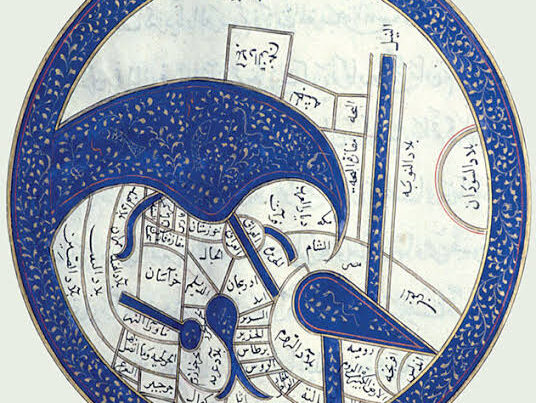